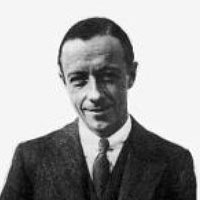 Youmans attended the Trinity School in Mamaroneck, NY and Heathcote Hall in Rye New York. Originally, his ambition was to become an engineer but then took a brief job in a Wall Street brokerage firm. In 1914, he joined the United States Navel and served during World War I.

Returning to the States in 1918, Youmans began working on Tin Pan Alley first as a song plugger for TB Harms Company and then as a rehearsal pianist for famed composer Victor Herbert’s operettas.

Eventually, Youman began writing and publishing songs and achieved his own success with several Broadway productions including Two Little Girls in Blue, Wildflower, Mary Jane McKane, No, No, Nanette, Oh, Please!, Hit the Deck, Rainbow, Great Day!, Smiles, Through the Years and Take a Chance.

He also wrote the film score to Flying Down to Rio, the Bing Crosby/Bob Hope vehicle. The score included the Academy Award nominated song “Carioca.”