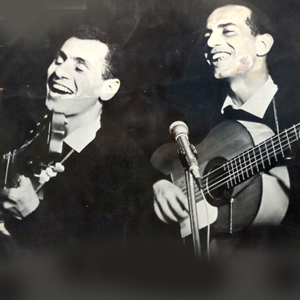 The Amranim brothers, Shalom and Barok, third generation Israelis of Yemenite descent. The boys started their singing careers as small children; they also achieved recognition as members of the Armed Corps Ensemble of the Israeli Defense Forces.

They have performed throughout Israel and over the Israel radio and have frequently appeared on ships and in folklore evenings presented all over the world by the Israel Ministry of Tourism.