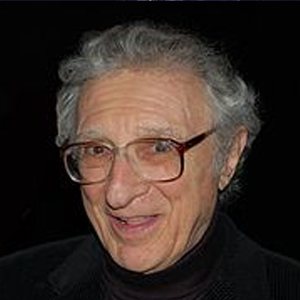 Sheldon Harnick (born April 30, 1924) is an American lyricist and songwriter best known for his collaborations with composer Jerry Bock on musicals such as Fiddler on the Roof.

Harnick began his career writing words and music to comic songs in musical revues. One of these, “The Merry Minuet”, was popularized by the Kingston Trio.] It is in the caustic style usually associated with Tom Lehrer and is sometimes incorrectly attributed to Lehrer.

Sheldon Mayer Harnick was born to American Jewish parents and grew up in the Chicago neighborhood of Portage Park. Yiddish was spoken in the home rarely, mostly as a way of telling secrets between parents.

Harnick began writing music while still in Carl Schurz High School in Chicago. After his Army service, he graduated from the Northwestern University School of Music (1946-1949) with a Bachelor of Music Degree, and worked with various orchestras in the Chicago area. He then moved to New York City and wrote for many musicals and revues. He was friends with Charlotte Rae from college, and he went to see her one night at the Village Vanguard where she was singing a revue. Yip Harburg, who was one of Harnick’s idols, heard she was singing a song of his and decided to come. He told Harnick that he enjoyed his writing, and urged him to continue. Harburg advised Harnick to work with a large number of composers. He also counseled him to write character and comic songs, not ballads, for Broadway. Harnick followed both tips even though Harburg’s advice contradicted that of Jay Gorney, who had told Harnick that ballads were the key to success on Broadway.

Around 1956, Harnick met Jerry Bock, forming “what is arguably the most important musical partnership of the ’60s.”  Their first musical was The Body Beautiful, running for only 60 performances in 1958, but Fiorello! (1959) ran for 795 performances and won the Pulitzer Prize for Drama. Fiddler on the Roof (1964) “became one of the most cherished of all Broadway musicals.”

Harnick wrote the libretto for the opera Coyote Tales, with music by Henry Mollicone, which received its world premiere at the Lyric Opera of Kansas City in March 1998. He wrote the book, music and lyrics to the musical Dragons, which was performed in 2003 at the Luna Stage in Montclair, New Jersey. He wrote the lyrics and co-wrote the book with Norton Juster for the musical The Phantom Tollbooth, based on the book by Juster. The musical premiered at the Kennedy Center in 2007.