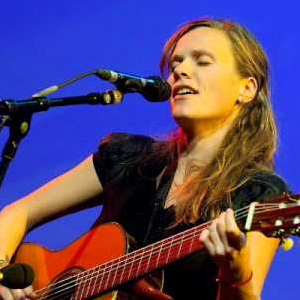 Niki Jacobs, singer, recording artist and founder of Nikitov, has been at the cutting edge of Yiddish music for over fifteen years. She has released 4 full-length albums and an EP. Nikitov has played shows all over Europe, including at the Royal Concertgebouw in Amsterdam, and at the Jewish Festivals in Munich, Vienna and Budapest. In June 2015 she performed at New York’s first international festival of Yiddish arts and culture, Kulturfest NYC.

Inspired by her family history, she developed a deep love and passion for Yiddish culture and Yiddish song. Over a period of ten years she released three albums: Amulet (2004), Vanderlust (2007) and Anno 1999 (2011). The first two records are composed of traditional Yiddish songs. Their arrangements, orchestration and instrumentation are all new, however, they are inflected with the sound of early Gypsy Jazz. In 2009 Niki began composing new Yiddish music, and shifted away from the influence of Gypsy Jazz. Nikitov’s third album, released in 2011 reflects this change in direction.

Mameloshn is Nikitov’s newest album.  Well known for her outstanding interpretations of traditional Yiddish songs, her beautiful voice and for her ability to revive and compose new Yiddish music, Niki Jacobs proves that Yiddish music is still very much alive.