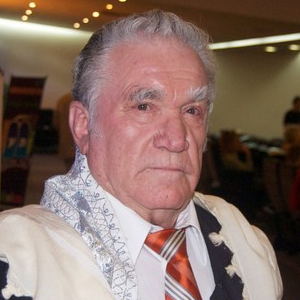 Since May 1972, Chazan Moishe Mendelson, with his talent and extraordinary faculties, enriches the prayers of the Great Synagogue Nidjei Israel of Acapulco 70 in Mexico City.

Moishe Mendelson was born in Jerusalem, Israel. From a young age, he participated singing along with his grandfather, the distinguished Baal Tfilá and liturgical composer, Rabbi Chaim Menachem Mendelson. Later he was part of the famous choir of Rabbi Zalman Rivlin. In the Israel Army he was a singer and Chazan. Later he participated in the group Bar Ilan that interpreted chassidic songs and popular Hebrew music. He was also Chazan for 5 years at the Ramá Synagogue in Tel Aviv; Leon Brostein who asked him to come to Mexico to perform a test audition met him singing there. As a result of this audition, he was hired by Kehilá Ashkenazi and since May 1972 he has been working uninterruptedly.

Moishe Mendelson has collaborated as Chazan with Rafalin, Pupko, Milevsky, Hershberg, Bartfeld and Tabachnik, both in religious and special events. He has participated in countless social events such as weddings, Bar and Bat Mitzvot, etc.

He is deeply devoted to education, teaching praying to adults, to mourners, to prepare young people for Bar and Bat Mitzvah and to train the children that make up the synagogue choir. He also teaches Bnei Akiva youth to lead the prayers.

Moishe Mendelson introduced many songs that were well accepted in Mexico. He has participated in the Jewish Music festivals “Professor Tuvie Maizel”, organized by the Cultural Department of the Kehilá Ashkenazi; He has given recitals in the Eishel (a nursing home in Cuernavaca, Mexico) and in the Centro Deportivo Israelita (a Jewish sports club.)

In 1993, the Religious Department of Kehilá and the Temple Committee of Acapulco 70, organized a celebration in the temple with a modest agape to celebrate its eighteenth anniversary of the hiring as a liturgical singer, where words of praise and praises were heard. to the work developed by him during eighteen years in uninterrupted form.

Chazan Moishe Mendelson gives a solemn air to the sorrowful events with his heartfelt prayers. With her singing and innate joy, she contributes to the festive, social, religious, national and convivial occasions of the Community.

Chazan Moishe Mendelson with his art has significantly enriched the religious and cultural life of the Community. During all the time he has faithfully and faithfully served the Kehilá Ashkenazi in Mexico.