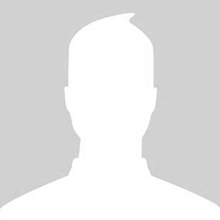 Mr. Rosenberg was born in Warsaw and grew up in New York, He was with Mr. Schwartz’s repertory company for 25 years, then branched out on the night club and resort circuit. He played the part of Getzel in the farce “Getzel at the Baseball Game” and made a series of recordings of this and other Getzel stories.

In “The Goldbergs” on tele vision, Mr. Schwartz had the role of Muttel. He played the title role in “Uncle Same in Israel” in 1952, stirring much laughter over his difficulties with Hebrew in a Tel Aviv hotel. He had a similar role in the Israeli comedy “Highway Robbery,” presented here in 1954. His last Broadway ap pearance was in the 1968 “Borscht Capades” at the Henry Miller Theater.

Michel Rosenberg, a member of the Yiddish Art Theater under Maurice Schwartz and later a comedian and monologist, died n Miami Beach, where he had been living since 1967. He was 71 years old.

Getzel at the Baseball Game and other beloved Getzel stories