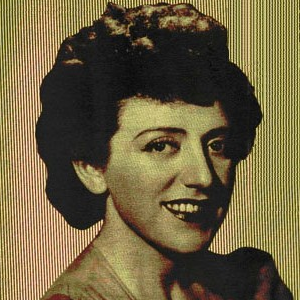 Masha Benya (born Lithuania 15 October 1908 – died NY-Queens 4 November 2007) was a lyrical soprano whose operatic career was cut short because of the horrors of World War II.

Born Masha Benyakonsky she originated from Virbalis and headed off to Berlin in 1931 to study at the then renowned Sternches conservatory where she was a student of the legendary Franceschina Prevosti. The advent of Hitler made a career impossible save for appearances at the Jewish Cultural League. Here she sang the lead parts in Don Pasquale (alternating with Fritzi Jokl), Rigoletto and Sitais Roi besides appearing in concerts and recitals.

After the Kristalnacht she left Germany and managed to get to the States. She still wanted to continue and pursue a career in opera and the classical field. Yet as in the cases of Fritzi Jokl and Gitta Alpar this was quasi impossible due to the amount of competition in the lyrical-coloratura range amongst other factors. As the Holocaust took her entire family away from her she took it as an incentive to devote her career to the music of her people.

A busy concert career developed in which she appeared along such other celebrities as Richard Tucker, Robert Merrill, Jan Peerce, Moshe Koussevitksy and Sidor Belarsky to name but a few. As an expert in all matters Yiddish she later coached (Judith Raskin amongst others) in the interpretation of Yiddish music in which she had established herself as one of the greatest authorities worldwide. Thanks to Barry Serota of Chicago a great part of her recorded legacy has been preserved.

Several cassettes and an LP were issued by Musique Internationale and Artistic Enterprises issued a record of her radio broadccasts with Sidor Belarsky on WEVD. The Serota productions include mainly Yiddish song repertoire but also Mozart, Rachmaninov and Hutchinson. Jewish life in Eastern Europe is no more. Yet the melodies of old were thus preserved by Masha Benya and her contribution to Jewish artistic song is enormous and should not be underestimated. Her vocal delivery had great artistry wedded to a superb singing instrument. Her tone, enunciation and interpretation were all that one could wish for. She never attempted to overpower the listener with decibels. Rather she used the sheer beauty of tone, sincerity and artistry in her interpretation. Critic Israel Rabinovich wrote about her.

Masha Benya is a singer with great taste and deep feeling. She demonstrates pathos and solemnity in her serious songs, while her lighter humorous songs are playful and charming. Her warmth touches the listeners heart.

Masha Benya had just celebrated her 99th birthday. She died at her home on Sunday November 4th 2007 and will be sorely missed.

Once Upon A Time