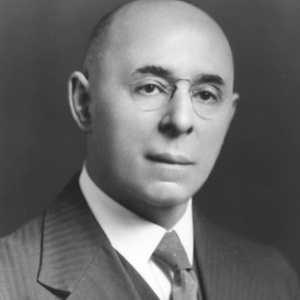 Born to a merchant family, Saminsky received a broad education in the arts, sciences and languages. He studied music at the Odessa conservatoire from 1903–1905, and then went to Moscow where he studied mathematics and philosophy as well as music. Expelled for his participation in the student protests of 1905, he went to St.Petersburg where he studied with Nikolai Rimsky-Korsakov, Anatoly Lyadov and Nikolai Tcherepnin.

While still a student he became a founder member, with Mikhail Gnesin and others, of the ‘Society for Jewish Folk Music’. He wrote music for the Society and helped organise its earliest publication. He continued an active member, even though from 1911 to 1918 he lived in Tiflis, where he also interested himself in Georgian and Armenian music, and from 1917 to 1918 he was head of the Conservatoire. During this period he also wrote an opera Tsar Yulian (Emperor Julian) (which he later destroyed), and researched Jewish music of the Caucasian region. He was particularly interested in styles of cantillation (nigun).

In 1919 Saminsky left the Soviet Union and travelled to France and England, where he gave recitals of Russian and Jewish music, and led a ballet season at the Duke of York’s Theatre in London, where he married the English poet Lillian Morgan. In December 1920 he left to settle in the United States, where he was active as a composer, conductor and organiser of musical events. In 1922 he became a board member of the International Composers Guild. From 1924 he was music director of the Temple Emanu-El Synagogue in New York City. For the synagogue he composed music for the Sabbath and Holiday services, also commissioning work from other Jewish composers including Joseph Achron and Isidor Freed.