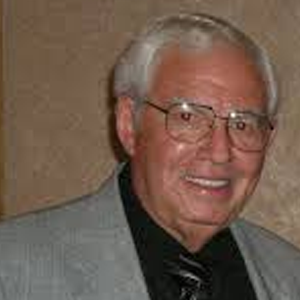 In his home and Yeshiva environment, Cantor Irving Shulkes has always been close to the Jewish Musical Idiom. Following his graduation from Brooklyn College, he taught speech at Boys High in Brooklyn. In the army, during the Korean War, he served as an English Instructor to Puerto Rican soldiers. His specialty was “Survival English.” He also conducted Services at the Synagogue in San Juan, thirty miles away.

It was during this period that the idea of serving Jewish congregational life was strengthened. Completing his studies at the Hebrew Union College in New York, he was invested as Cantor-Educator. Subsequently, he earned his M.A. in music from Teachers College, Columbia University, with a specialty in choral conducting. Cantor Shulkes served congregations in Floral Park, New York and Teaneck, New Jersey, before finding his future home with Temple Sinai in 1970.

An active member in his profession, Cantor Shulkes was elected to the executive board of The American Conference of Cantors. He served as a board member, Convention Chairman, Treasurer and later Vice President until his move to Florida. After a short time, he was elected President of the Cantors Association of Greater Miami. In June of 1998, after 28 years of service to Temple Sinai and 23 impressive and highly successful Annual Spring Music Festivals, he become Cantor Emeritus. On March 14, 2000, Cantor Shulkes was awarded an honorary Doctorate at the Hebrew Union College in New York City in recognition of his dynamic contribution to Jewish life. In 2008, he was awarded a Lifetime of Service Award in recognition of his 50th anniversary in the Cantorate.

Cantor Shulkes is married to Joanne. They have two children, Ron (Sara) and Heather (Chris) and are proud grandparents of Nate, Bennett and Ethan with more to come. Since his retirement, Cantor Shulkes has been officiating at services aboard cruise ships and, with Joanne, have traveled widely to many parts of the world.