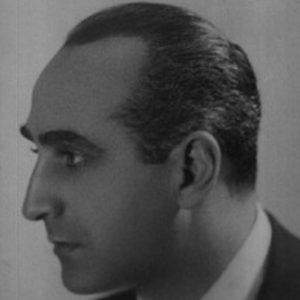 He then moved to Warsaw, where he was hired in 1926 by the Scala Theater to write song lyrics, for instance to Osip Dimov’s Yoshke Muzikant. In 1927 he wrote lyrics for the operetta Velvele Shmudnik (music by Sh. Vayntroyb and David Beigelman). He wrote many songs for the revi-teaters Scala and Sambatiyon. In 1935 he acted with Alexander Granakh in Alter Katsisne’s Velt-gevisn in Lodz. He wrote a play called Nokh Halbe Nakht (Nuch halbe nacht, After midnight) which debuted June 4, 1942 (directed by Chaim Sandler).

He is best known for the song Vu ahin zol ikh geyn? (Where Shall I Go?) written with “tango-king” Oskar Strock. Two other notable songs are Kum tsu mir (Come to me), a tango, and Mayn libeslid (My Love Song), both to music by Pawel Brajtman, premiered in Yiddish theaters in Vienna and Bucharest. On a lighter note, he wrote Yiddish lyrics (performed by Menashe Oppenheim) to the song Sex Appeal made famous by Eugeniusz Bodo in the 1937 movie Piętro wyżej (Upstairs).

He wrote the comedy Cype fun Nowolipe (Cipe fun Nowolipie) which played in June 1941 at the Eldorado Theater, and a revue called Wesele zydowskie (Jewish wedding) at the Melody Palace.

He died in the gas chambers of Auschwitz.