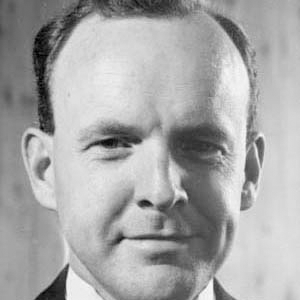 Geoffrey Penwill Parsons  (15 June 1929 – 26 January 1995) was an Australian pianist, most particularly notable as an accompanist to singers and instrumentalists. After the retirement of Gerald Moore, he was generally considered the world’s finest and most sympathetic accompanist of lieder singers, “elevating the role of the accompanist to new heights with his musicality, authority and quiet strength of playing”.

Geoffrey Parsons was born in the Sydney suburb of Ashfield, to a working-class family. He had two older brothers and a large extended family. He originally intended to study architecture, but his love of music prevailed. He studied with Winifred Burston (a student of Ferruccio Busoni) at the NSW State Conservatorium of Music from 1941 to 1948, (where a family friend, George Vern Barnett, was on the piano staff) and under the general tutelage of Eugene Goossens. He won the ABC’s Instrumental and Vocal Competition in 1947 with a performance of Brahms’s Piano Concerto No. 2. He toured Australia with Essie Ackland in 1948, and in 1950 travelled to Britain to perform with bass baritone Peter Dawson. The six-concert tour completed, Parsons remained in London, earning a living initially as a cocktail lounge pianist. This led to an engagement with the popular duettists Anne Ziegler and Webster Booth, and permanent residence in Britain.

A performance of Schubert’s Winterreise with Gerhard Hüsch in his first London concert since World War II led to Parsons being invited to Munich to be Hüsch’s permanent accompanist, where they worked together almost daily. There he studied with Friedrich Wührer in 1956. In 1961, he made his first appearance with Elisabeth Schwarzkopf at the Royal Festival Hall at the invitation of Walter Legge, and later became her principal accompanist. The list of singers with whom he worked includes Dame Joan Hammond, Victoria de los Ángeles, Nicolai Gedda, Rita Streich, Birgit Nilsson, Hans Hotter, Hugues Cuénod, Norman Bailey, and Janet Baker.

Geoffrey Parsons also accompanied some of the world’s greatest instrumentalists, including Nathan Milstein, Ruggiero Ricci, Paul Tortelier, Wanda Wiłkomirska and Ida Haendel. Artists whom he partnered quickly appreciated his exemplary standards of musicianship, and a level of pianistic command that was totally new to the accompanist’s role. This led to his increasing recognition as the ideal accompanist in a career that saw him perform in over 40 countries in six continents, including all the major international music festivals. He also recorded widely throughout his career, leaving a vast output. He also partnered other pianists such as Leslie Howard, for example in works by Franz Liszt for two pianos, in which neither pianist is subordinate to the other.

His partnership with Australia was an essential part of his entire career and he became the means for bringing some of the world’s most important singers and instrumentalists to his native country. He toured Australia 31 times between 1957 and 1993.

In 1967 and 1969, he appeared as one of five harpsichordists, the others being Eileen Joyce, Simon Preston, George Malcolm (1967), and Raymond Leppard (1969), in concerts with the Academy of St Martin in the Fields under Neville Marriner. In 1969, he appeared with Eileen Joyce in a two-piano recital at Australia House, London.

In 1973 he accompanied Birgit Nilsson in the first lieder recital at the Sydney Opera House. He also accompanied Wanda Wiłkomirska in the first violin and piano recital in that venue. During his returns to Australia, he conducted several masterclasses at his alma mater, now the Sydney Conservatorium of Music.

On 29 November 1981, he again appeared with Eileen Joyce, in a fund-raising concert at the Royal Opera House, Covent Garden. Although not intended as such, this proved to be the last time Eileen Joyce ever played in public.

His last performance in Australia was with Olaf Bär in Winterreise in the University of Melbourne’s Melba Hall in 1993.

He was the Prince Consort Professor of Piano at the Royal College of Music and was named a Fellow of the College (FRCM) in 1987.

He became an honorary member of the Royal Academy of Music in 1975, and the Guildhall School of Music in 1983. He was named the Royal Philharmonic Society’s Instrumentalist of the Year in 1992.

Geoffrey Parsons shared his life and his home with the singer and teacher Erich Vietheer, who died in London on 15 May 1989, aged 59. Parsons lived his life as a Christian, committed to the Church of England. His untimely and painful death on 26 January 1995 was caused by cancer; however, he continued his career for as long as possible. On his retirement he was given his own gala concert at the Metropolitan Opera, New York. He died in London, survived by his two elder brothers.

His portrait, by Michael Shannon, hangs in the National Portrait Gallery in Old Parliament House, Canberra. His photographic portrait by Max Dupain is held by the National Archives of Australia.

n 1995, following Parsons’ death, the Geoffrey Parsons Award was named in his memory by the Accompanists’ Guild of South Australia, of which Parsons was the founding international patron. The award is one of the few Australian prizes to celebrate and encourage the profession of piano accompaniment. The Geoffrey Parsons Award is an annual prize, originally with a cash-pool of $2,500. To mark the 25th anniversary of the Guild, in 2008 this was increased to $6,000.

In recent years, the prize has received the support of the Elder Conservatorium, University of Adelaide, which has given the prize an added level of prestige and public profile. In presenting the Geoffrey Parsons Award the Accompanists’ Guild continues to raise the public’s awareness of the importance of the skills of the professional accompanist and has assisted many emerging accompanists to establish their professional careers.