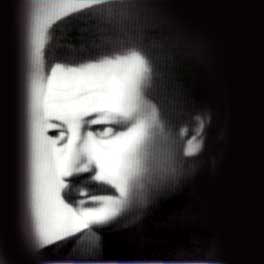 Boris Sandler was born in 1950 in Belts (Bessarabia). In 1975 he graduated from the Music Conservatory of Kishinev. He played violin in the Moldavian Symphony Orchestra.

In 1983 he received an advanced degree in Literature from the Literary Academy of Moscow. Sandler began writing for the Moscow based Yiddish magazine “Sovietish Heymland” and later joined the editorial board of the magazine. In 1989 he created a Yiddish show on Moldavian State Television called, “On the Jewish Street”. B. Sandler is the author of two documentary film scripts, “Don’t give up, Yiddish” (1991) and “Where is my home?” (1992), which dealt with the fate of Bessarabian Jewry. From 1990, until his immigration to Israel in 1992, he was the Yiddish Editor of the bilingual journal “Undzer Kol” (“Our Voice”) in Kishinev. From 1989 to 1992, Boris Sandler was the President of the Yiddish Cultural Organization of Moldavia.

Sandler is the author of five books of fiction in Yiddish: “Stairway to A Miracle” (Moscow, 1986) which was also translated into Russian under the same title, “Regarding 5390” (Jerusalem, 1992), “The Old Well” (Tel Aviv, 1994), “Gates” (Jerusalem, 1997). He was the Editor of the children’s magazine “Kind un Keyt”. His works have been translated into Russian, English,French, German, Hebrew and Rumanian. Sandler was also the recipient of a number of prestigious Israeli literary awards. Since April 1998 he has been the Editor-in-Chief of the Yiddish newspaper “Forverts” and Director of the weekly Yiddish radio program “The Forverts Hour” on WEVD.