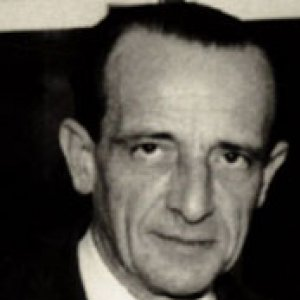 Born in Leonessa, Cherubini was a descendant of composer Luigi Cherubini. He started composing poems and lyrics during the World War I, in which he enlisted as a volunteer. After working several years in Rome as a Poste italiane employee, in 1927 he moved to Milan to enterely focus on songwriting. Around this time he formed a successful professional relationship with Cesare Andrea Bixio, with whom he wrote classics such as “Tango delle capinere”, “La canzone dell’amore”, “Violino tzigano”, “Trotta cavallino”, “Mamma”.

During the World War II, Cherubini was active as a partisan with the Val Malchirolo brigade. After the war, while sporadically working with Bixio and other composers, he started a long and fruitful professional association with Carlo Concina (it), with whom he composed dozens of hits including “Vola colomba”, the winning song of the second edition of the Sanremo Music Festival, “Campanaro”, “Marieta monta in gondola”, “Campane di Santa Lucia”.

Bixio was also active as a playwright, specialized in revues.