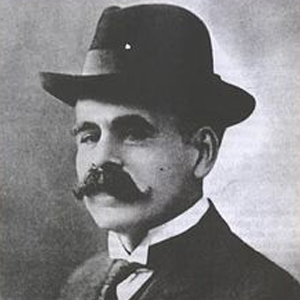 Ángel Gregorio Villoldo Arroyo (16 February 1861 -14 October 1919) was an Argentine musician and one of the pioneers of tango. He was born south of the city of Buenos Aires. He was lyricist, composer and one of the major singers of the era. He is also known by the pseudonyms A. Gregorio, Fray Pimiento, Gregorio Giménez, Angel Arroyo and Mario Reguero. Villoldo transformed the Spanish tanguillos, the cuplés, and the habaneras, turning that music into a native Argentinian rhythm.

Though a musician, Villoldo did many other things to make a living, including typographer, circus clown and any other job for which his help was wanted. Among other things, he was a “cuarteador” in the neighborhoods far from downtown Buenos Aires; he waited on horseback for the arrival of a big coach or streetcar at the bottom of slopes, and then help them get out of the mud or to go uphill. This meant fastening the vehicle with a rope tied to his horse and helping in the effort.

With a knack for writing, Villoldo devised stanzas for carnival groups and numerous poems and devised prose writings for well-known magazines of the time such as Caras y caretas. All through his work runs a vein of witty sarcasm, and his dialogues were suitable for the common man’s tongue and always referred to real situations of ordinary people, including love affairs portraying the way of speaking and behavior of the lowest social level of society. For a living he also gave private recitals of poems that were considered in very bad taste.

When performing, he often accompanied himself on guitar, with a harmonica added, and succeeded in telling stories by singing, which added to the entertainment of his audiences at ordinary cafés and joints. In 1889, Villoldo published a compilation of cantos criollos(creole folk songs), including original lyrics that were meant to be sung with guitar. In 1916, he published other songs of deep national content, titled Argentine Popular Songs commemorating the centennial of the Argentine Declaration of Independence.

He wrote a modern method to learn guitar with symbols, called Método América, because it was published by the old Casa América in 1917. Together with Alfredo Eusebio Gobbi and his wife, the Chilean Flora Rodríguez — parents of the leader and violinist Alfredo Gobbi— he traveled to France to make phonograph recordings hired by Gath & Chaves, a major Argentine company of that period. This gave impetus to Argentinian music in Europe and many of these records were also distributed in Buenos Aires. But his outstanding role was as a composer. Examples of his work are the tangos “El Porteñito”, “El esquinazo”, “Soy tremendo”, “La budinera”, and “Cantar eterno”, the latter recorded in 1917 by the duo of Carlos Gardel and José Razzano.

The most important piece of music he composed was “El Choclo”, because of its melody and rhythm. During World War I, the Argentine journalist Tito Livio Foppa was at the German front when, at an official party, a musician played the piano to honor Foppa and attempted to play the national anthem, but in reality the musician played “El choclo” which he mistook for Argentina’s patriotic music.[1]

Another fundamental tango for which Villoldo wrote lyrics was “La morocha”; those simple lyrics were written in a hurry for the composer Enrique Saborido, who in 1906 embarked on a ship to Europe, and this is considered the first tango to become popular in Europe. Other stand-out musical works by Villoldo were: “El torito”, “Cuidado con los 50”, “Una fija”, “Yunta brava”, “El cachorrito”, “Pineral”, “El pimpollo”, “Trigo limpio”, “La bicicleta”. Another of his compositions, the milonga “Matufias (O el arte de vivir)”, contains a description of Argentinian history.