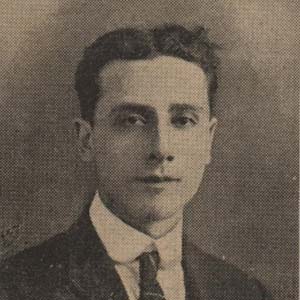 Born from Vittorio Neri and Emilia Maddalena, he graduated in Law and became an official at the Ministry of Public Works. Since his youth he has been expressing his particular poetic inspiration. His poems and prose for fifteen consecutive years were hosted in the magazine “Rugantino”. He is author of songs in the Roman dialect and language, which also went around the world in Anna Fougez’s repertoire, such as “Mignanelli”, “Fox-trot of feathers”, “Quanno a Roma ‘na maleetta te va bene”, ” Fiocca la neve “,” How beautiful it makes love when it’s evening “,” Serene sincere “,” Abat -jour “,” Perfidia “,” Ah, how happy I am “,” Goodbye my beautiful lady “,” they are three words “. He became a prominent personality in the world of song from the 1920s and 1920s, attending Roman salons where he met great artists such as Petrolini, Trilussa, Tito Schipa, Checco Durante.

Ennio Neri is considered “one of the pioneers of the Italian song” . His career as an author began in 1919 for the Franchi musical house, continued for several years exclusively with the publishing house the Canzonetta di Feola, which gives him the opportunity to participate in several Piedigrotta festivals, then continues with the Carish publishing house in Milan . His songs, born from the collaboration with the most important musicians of the time (Bonavolontà, Rulli, Simi, Mariotti, Seracini, Ruccione, Derevitsky, Bixio) were sung all over the world. Among the many songs composed (over 200) we mention Parlami d’amore Mariù, perhaps his most popular and beloved song. Written in 1932 and set to music by Cesare Andrea Bixio, it was the soundtrack of the film “Gli uomini che mascalzoni”, with an interpreter Vittorio De Sica. The song was a worldwide success. Ennio Neri is also the author of the text of the Operetta “The vagabonds of the stars”, on music by Dino Rulli and “La Principessa Liana”, on music by Tito Schipa.

Neri participates twice in the Sanremo Festival, in 1956 with “Il tin green train” (interpreter Clara Vincenzi) and in 1958 with “It’s very easy to say goodbye”, sung in duplicate by Giorgio Consolini and Marisa del Frate.

In the last years of his life he has the joy of celebrating the fiftieth anniversary of his enrollment at the SIAE, and receives from the hands of the President of the Republic Giuseppe Saragat the gold medal, as recognition of his intense and succesful artistic activity.