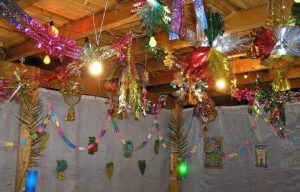 The seven days of Sukkot—celebrated by dwelling in the sukkah, taking the Four Kinds, and rejoicing—is the holiday when we expose ourselves to the elements in covered huts, commemorating G‑d’s sheltering our ancestors as they traveled from Egypt to the Promised Land. The Four Kinds express our unity and our belief in G‑d’s omnipresence. Coming […] 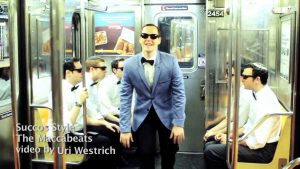 Sukkot (Hebrew: סוכות‎ or סֻכּוֹת, sukkōt), commonly translated as Festival of Tabernacles (traditional Ashkenazi spelling Sukkos/Succos) also known as Chag HaAsif (חג האסיף), the Festival of Ingathering, is a biblical Jewish holiday celebrated on the 15th day of the seventh month, Tishrei (varies from late September to late October). During the existence of the Jerusalem […] 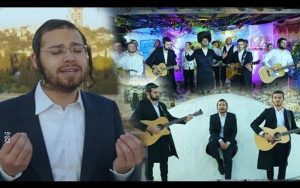