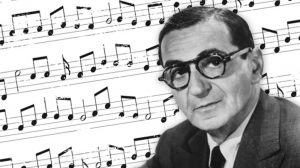 "God Bless America" is an American patriotic song written by Irving Berlin during World War I in 1918 and revised by him in the run up to World War II in 1938. The later version was notably recorded by Kate Smith, becoming her signature song. "God Bless America" takes the form of a prayer (with [...]