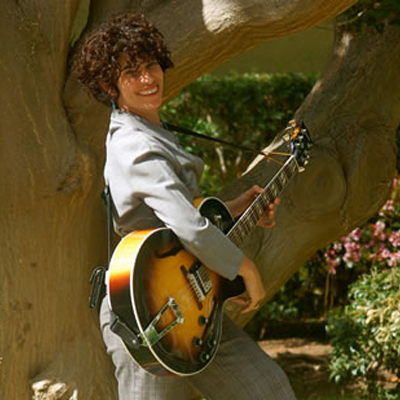 After studying at UCLA with a Bachelor of Science in Biology, I started as an animal nurse, with a proper diploma of technician. In parallel, I managed to create a clientele of framing for paintings and photos. I left my day job for the framing company and created "Once Upon A Frame".

At the same time, my guitar technique improved day by day, as well as admiration for Sara Vaughan, John Baez and whole group of singer-songwriters with a message.

Why is what I have embarked on since October of 2008. A musical surprise really. I don’t quite know how I myself did NOT know that I could write songs. A song. I could not fathom how!

And I was even satisfied with it. Satisfied, or floored in fact, as it didn’t even sound half bad for a first song from a first time songwriter. But still, I could not fathom how to write, yes, another song. Well I did. I wrote another. Truthfully, it was nicer and sweeter than the first, in all ways. And truthfully again, I thought “two is good”. I can feel good about two, besides I CANNOT fathom how a third song would get written!

How another song would come! Well it did and gradually, finally, after the fifth song, I realized that I liked this adventure, that I had found an art, and one that I could offer back to my friend’s ears; one I could do just to contribute to the world of inspiration and expression.