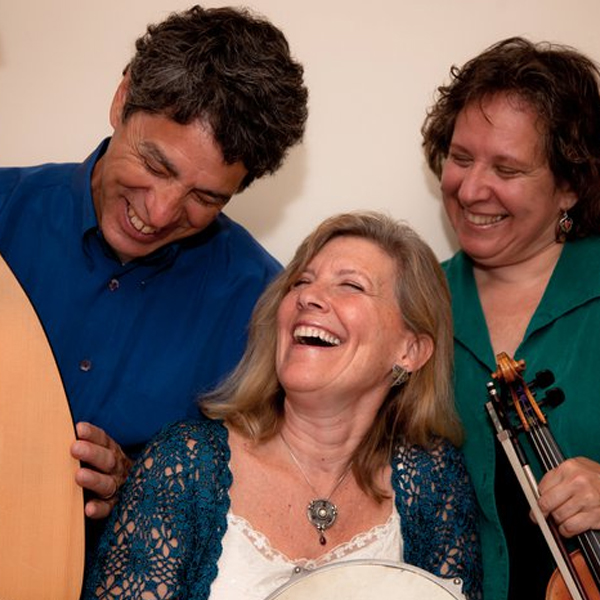 Founded in January 2010, Trio Sefardi is a confluence of three performers who share a love of, and wide-ranging experience with Sephardic music, playing with La Rondinella, the Western Wind, and National Heritage Fellowship honoree Flory Jagoda. Washington Post chief music critic Ann Midgette praised the group’s “lovely and luminous performance of Sephardic songs” and vocalist Susan Gaeta’s voice as “compelling” in a review of a recent performance at the Kennedy Center with the Post-Classical Ensemble.

Group members combine a respect for tradition with a creative approach to arranging and scoring dedicated to bringing the vibrant past into the living present. Trio Sefardi’s first public performance was at the Kennedy Center’s Millennium Stage in November 2010. Since then the group has performed at the Washington Folk Festival, the Takoma Park Folk Festival, the National Gallery of Art, Southern Methodist University, the residence of the Spanish Ambassador, and many other local venues. In December 2011 they were featured performers in the Washington Revels production, “Andalusian Treasures,” at Lisner Auditorium in Washington, D.C.

“Trio Sefardi’s beautiful harmonies and skilled accompaniment movingly translates the joy and soul of the lost world I remember so well. Along with my own family, I am proud to call them my musical heirs.” -Flory Jagoda

The Sefardim, the Jews of Spain, lived on the Iberian Peninsula for fifteen centuries. Expelled in 1492 by King Ferdinand and Queen Isabella, the Sefardim settled in North Africa, the Middle East, France, Italy, and parts of northern Europe, but were welcomed most warmly in the Ottoman Empire. In exile the Sefardim maintained their language, Judeo-Spanish, and their oral culture. Songs were passed down through the generations, usually by women, and new songs were composed about love, loss, daily life, holidays, and history.