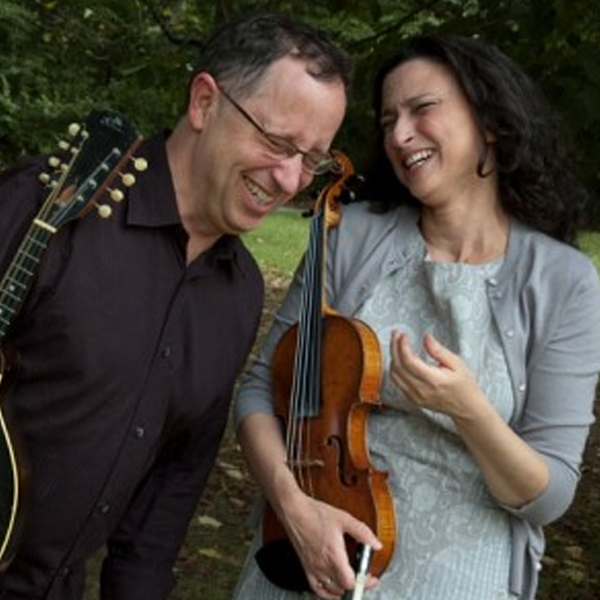 Deborah Strauss and Jeff Warschauer are two of the most astonishing and popular performers and teachers in the international klezmer and Yiddish music scene. They were both long-time members of the Klezmer Conservatory Band, and have performed with violinist Itzhak Perlman on film and in concert.

As the Strauss/Warschauer Duo, they have performed to overwhelming acclaim in such diverse venues as the Philadelphia Folk Festival, the Jewish Culture Festival in Cracow, the Folksbiene Yiddish Theater in New York City, and the Art of Yiddish in Los Angeles with Theodore Bikel. They lead workshops and classes throughout North America and Europe, and are on the faculty of KlezKamp, KlezKanada and KlezFest at the University of London..

Deborah Strauss (violin, accordion, vocals, dance) is one of the finest of the contemporary klezmer instrumentalists and a true musical descendent of the most eloquent traditional Jewish violinists. She has appeared on numerous recordings and was a long-time member of the Chicago Klezmer Ensemble. Deborah is also a much-loved teacher of Yiddish music and dance to students of all ages. She studied violin at Rutgers University and ethnomusicology at the University of Chicago.

"Deborah Strauss' solos especially appealed to us ­ technically perfect and performed with great fervor and emotion. She demonstrates not only mastery, but also quite extraordinary temperament."
Gazeta W Krakowie (Poland)

Jeff Warschauer (guitar, mandolin, vocals) is internationally renowned as a mandolinist, guitarist, Yiddish singer and teacher. He is a member of the faculty at Columbia University, and is Co-Artistic Director of KlezKanada. Jeff is also a composer whose music has been heard in films and theater productions, on Public Radio International and on HBO. Jeff's solo CD, The Singing Waltz: Klezmer Guitar and Mandolin, has received widespread critical acclaim.

"A virtuoso of the first order."
Chicago Tribune

"Warschauer's range of technique and emotion is nothing short of astounding."
Acoustic Guitar