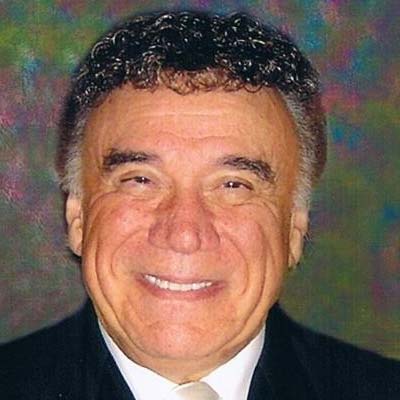 SOL ZIM is a man with a MISSION……. To spread the Joy of Jewish Music & Culture throughout the world, to adults and children alike. It has been said that 'WHEN MUSIC COMES FROM THE HEART, IT GOES TO THE HEART'. This exemplifies SOL ZIM. BORN PERFORMER, MAGNETIC, ELECTRIFYING, INSPIRATIONAL AND CAPTIVATING; these are just a few of the words that are used by critics in describing SOL ZIM. Being one of the most dynamic and innovative personalities in Jewish Music today, SOL truly is "AMERICA'S SUPERSTAR OF JEWISH MUSIC".

ZIM'S music is the bridge that links the Jewish people from DOR L'DOR (Generation to Generation). Sol Zim has been the voice that captivates peoples' attention and respect. His unique style brings together the beauty and nostalgia of traditional music of yesteryear with the sounds of "New Age" and when combined, evokes a tremendous spark. ZIM concertizes throughout the world bringing his message of Jewish Musical Culture to all. His music Spreads Joy, Stimulates Enthusiasm, Inspires Emotion and will ultimately ensure the survival of Jewish Musical Culture and Jewish Unity for generations to come. By highlighting a children's choir in most of his concert performances, ZIM has lead the way in the formation of hundreds of "Youth Choruses" in Synagogues and schools throughout the world. After all, Sol says; "Children are our Future - today's Jewish children are tomorrow's Jewish leaders"

Sol is a graduate of Yeshivah University H.S., The Jewish Theological Seminary Cantorial Institute, Brooklyn College (BA), and New York University (MA), and is a recipient of his DOCTORATE OF MUSIC, HONORIS, CAUSA, from the JEWISH THEOLOGICAL SEMINARY, as well as the MAX WOHLBERG AWARD FOR COMPOSITION from the CANTOR'S ASSEMBLY. SOL studied voice with Kurt Baum as well as twenty operatic roles with Julius Rudel and other great Operatic Coaches of the NY Metropolitan Opera Company and performed all of these roles on stage. To develop his Cantorial Art/Technique and to Fine-Tune his Artistry of Jewish song, he studied privately with CANTOR MOSHE KOUSSEVITSKY and SHALOM SECUNDA. Sol was offered contracts with the Vienna State Opera Theatre and the Israeli Opera Company, however, after contemplating what was most important to him, he decided to devote his life to the furtherance of Jewish Music which had been his passionate mission.

SOL ZIM is a world renowned Master Cantor, Composer, Songwriter, Recording Artist, Concert Performer, Educator/Professor and Lecturer. He has been awarded a lifetime contract, as Cantor, at the Hollis Hills Jewish Center of Queens, NY. In addition to Sol's passion for writing Jewish Music, he is also dedicated to educating and teaching. ZIM is Professor of Jewish Music of the Cantorial School at the 'Academy For Jewish Religion' in New York City. He also lectures extensively, nationwide for other Cantorial Schools and is a frequent "Scholar/Composer in Residence" for many Jewish organizations and Synagogues where he creates a lasting spark through his energy and his philosophies on Jewish Musical culture.