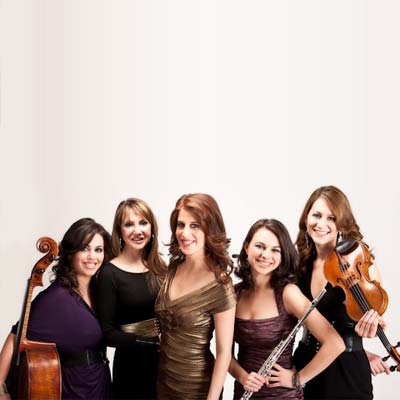 The Sheba Ensemble is an all-female music group committed to promoting Jewish music with a unique twist. Sheba's music reflects a stunning intersection of musical influences: classically trained at the world's leading music conservatories, its members incorporate elements of bossa nova, pop, and jazz in their arrangements, lending a world music flair to Jewish tradition. Both traditional and new music is featured, including original compositions written by members of sheba, as well as prominent composers in Judeo-Spanish, Hebrew, English, and Yiddish.

The result is their own unique sound in which the entire Jewish world, from antiquity to Europe to the Middle East, finds expression and a special harmony.

Sheba has performed concerts in all over the u.s. and in France. Media appearances include a television segment on the Manhattan Neighborhood Network, Radio J France, and Radio Centre-Ville Montreal. Their latest cd was reviewed in Hadassah Magazine.