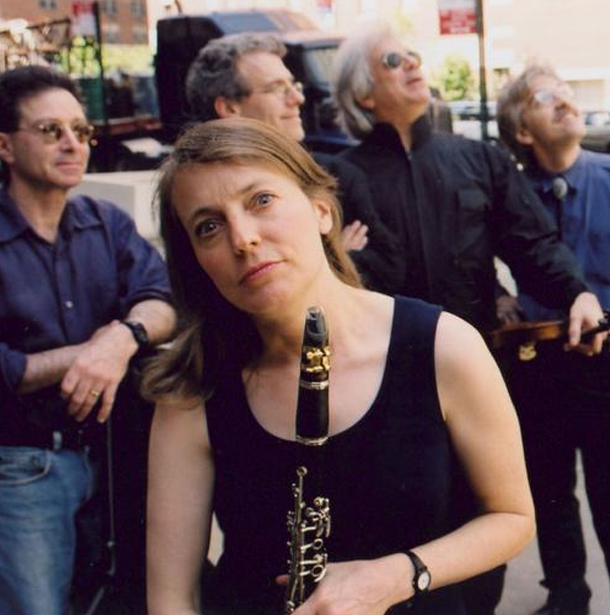 Margot Leverett is one of the foremost clarinetists of the klezmer revival. Classically trained at Indiana University School of Music, she was involved in avant-garde music when she first heard klezmer, the dynamic East European music traditionally played at Jewish weddings. Leverett was a founding member of the Klezmatics in 1985 before moving on to establish a solo career. Her first CD, "The Art of Klezmer Clarinet," a tribute to classic klezmer of the 20's and 30's, was released in 2001 on Traditional Crossroads (CD4296) to glowing reviews.

Her current project, "Margot Leverett and the Klezmer Mountain Boys" is an all-star band combining the best of bluegrass and klezmer. Their self-titled CD, released to rave reviews in 2002, was choreographed by the Paul Taylor Dance Company in a new work entitled "Klezmerbluegrass". Their latest release "Second Avenue Square Dance" features guest artists Jorma Kaukonen and Hazel Dickens and is available now from Traditional Crossroads.

Margot Leverett was recently  featured as a guest soloist with the Philadelphia Orchestra, along with Udi Bar-David and the artists of Intercultural Journeys, a concert and cultural organization to promote intercultural dialogue. www.philorch.org. She has toured Japan twice with The New York Ragtime Orchestra and has been featured in several Off-Broadway productions.

Margot Leverett was a staff instructor at KlezKamp for over 10 years and has also taught at KlezKanada, Klezkamp West, Klezmerquerque, and at colleges, music festivals, and Jewish organizations across the country and Europe.