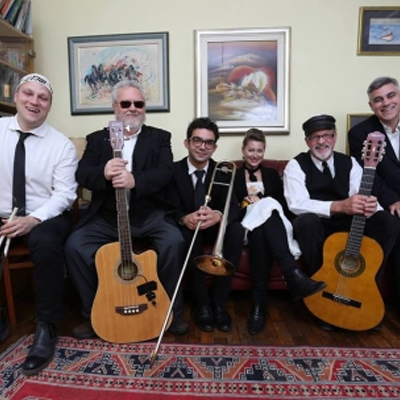 Jewsers Klezmer band is a Croatian music band made from four, sometimes five professional musicians. The band was founded in 2002 under the Jewish community of Zagreb. Jewsers band is the only Klezmer band from the part of former Yugoslavia, and from the moment it has been founded it become on of the most innovative and appreciated Croatian and regional ensembles.

They gained their popularity by playing music in the countries of former Yugoslavia such as Serbia, Slovenia, Macedonia, Bosnia and of course Croatia but also with their performances in Austria, Israel and Holland on open air Jazz festivals and international Klezmer festivals.

They play Klezmer with elements of Jazz, Blues, Funk, even a fusion.