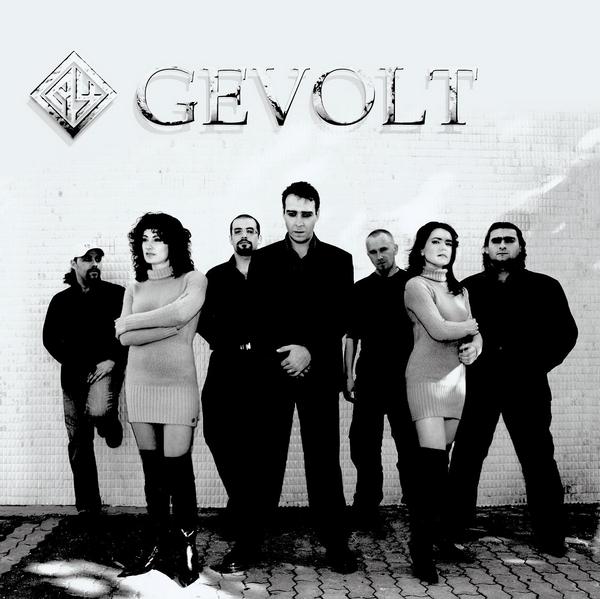 Gevolt is an Israeli metal band, founded in 2001. The band is known as the pioneers of Yiddish metal. They were the first band who combined traditional Yiddish music with metal.

In 2006, Gevolt self-released their debut full-length album Sidur in Russian language. After the release Oleg Szumski left the band and was replaced by Vadim Weinstein, and Dmitry Lifshitz (synths) joined the band.

Gevolt started recording of their second album in 2005, and released the 2-track promo single "Yiddish Metal" in 2007. In this single the band changed their concept and started singing in Yiddish, covering classic Yiddish songs.

In 2008 Sidur had a US/Canadian re-release by Renaissance Records/Koch Entertainment Distribution. At the same time Marina Klionski left the band and Gevolt had two violinists, Anna Agre and Eva Yefremov. Anna Agre left the band after a year.

In 2009, Yevgeny Kushnir left the band and was replaced by Michael Gimmervert.

In 2010, Max Mann left and was replaced by Mark Lekhovitser.

In 2013 the band performed at Folk-Fest Israel on one stage with Korpiklaani and Týr.

In 2016, Gevolt had a mini tour in China where it performed in two major events, Taihu Midi Festival and Dream Sonic Festival. For this tour the band formed a new line up with the return of Michael Gimmervert and including Alex Zvulun (Bass), Marianne Tur (Violin), and Dror Goldstein (Drums).