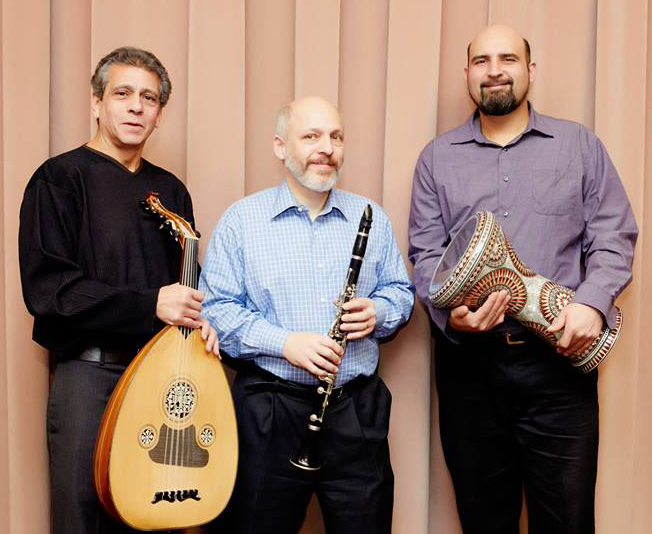 The Elias Ladino Ensemble is one of the very few Sephardic groups whose vocalists are native speakers of Judeo-Spanish. They are the real thing ,having been born and raised in that musical tradition.

Their instrumentalists have mastered ” A la Turka” ensemble playing as well as World Class solo virtuosity . The group has performed together since their debut at the Smithsonian Institution’s ” Festival of American  Folklife ” in 1976.  Since then they have performed and collected material in every corner of  the Judeo-Spanish-speaking world, such as Istanbul, Izmir, Bat Yam, Safed , San Juan, Miami, Toronto, Barcelona, Zaragoza, and Folk Festivals , Universities, Hispanic Institutes, and congregations of many denominations.

In performance , they will explain each song and how it fits into the Sephardic culture and where theses songs came from.   Many of the songs can be traced back to 15th century Spain, while others from the Ottoman Empire.  Turn back the clock to the early 20th Century to hear how this music sounded when our parents and grandparents first came to America.