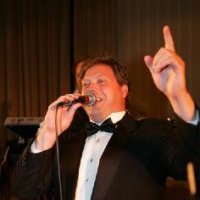 Cantor Joel Fox grew up in Dallas, Texas in an enthusiastic home filled with a love of Judaism and music. As a young boy, he demonstrated a great deal of interest in music and singing. His early activities included performing in theater groups, playing the piano, and participating in synagogue choir.

At age fourteen, Joel and his family moved to Israel. After completing his studies at the Rubin Academy of Music in Jerusalem, Joel Fox attended the Israel Institute of Cantorial Art where he learned with internationally known cantors such as Naftali Hershtik, Eli Jaffe and Moshe Stern. From 1989 until 1992 Fox served in the Israel Defense Force as a member of their acclaimed Rabbinical Army Choir.

In 1992 Joel Fox moved back to the United States and became the Cantor at the Jacksonville Jewish Center in Jacksonville, Florida. Five years later, Fox moved to California, where he worked and performed in both San Diego and Los Angeles. Throughout his career, Joel Fox has traveled and given concerts across the globe for a variety of audiences. As an accomplished pianist and entertainer, Fox's repertoire includes traditional and contemporary music in English, Hebrew, Yiddish and Ladino. With his father Rabbi Edward Fox, Joel Fox recorded "Cantors Fox Together." Fox's most recent recordings are "Oh Say Shalom" and "Ahava". Fox is currently recording another cd to accompany his 2007 tour "Bagels and Apple Pie - Jewish Music in Hometown America."

Today, Cantor Joel Fox is a proud member of the Cantors Assembly, the largest body of Hazzanim in the world. He is the head Cantor at Ahavath Achim Synagogue in Atlanta, Georgia.