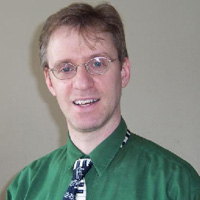 Binyumen ('Ben') Schaechter is an award-winning composer of musicals and other songs which have been performed on five continents, with his music represented off-Broadway in PETS! (Dramatic Publishing), THAT'S LIFE! (Outer Critics Circle nomination), TOO JEWISH? (nominated: Drama Desk, Outer Critics Circle Awards) and DOUBLE IDENTITY. His most recent musical, DINNER AT EIGHT, won BMI's Jerry Bock Award for Outstanding Achievement in Musical Theatre. His music has been performed by Tovah Feldshuh and Andrea Marcovicci and has been recorded on ten CDs, including IT HELPS TO SING ABOUT IT, Songs of Ben Schaechter and Dan Kael.

As an actor, Ben was featured with Anna Deveare Smith in her one-woman show in Carnegie Hall. Ben is also musical director of the Pripetshik Singers, the one-of-a-kind ensemble of native-Yiddish-speaking children, which has been documented in the film, PRIPETSHIK SINGS YIDDISH!, available at jewishvideo.com. As a performer, he has entertained across North America and in Paris in his one-man show, THE SHTETL COMES TO LIFE and together with Reyna, his daughter, with FROM KINAHORA TO KUNI-AYLAND, his musical revue about the Jewish experience in America. In Fall 2006, he premiered THE YIDDISH TOP CHAI - A SING-ALONG COUNTDOWN OF THE 18 YIDDISH SONGS PEOPLE MOST LOVE TO SING.

He provided the translations for the first-ever DVD with Yiddish subtitles, THE LIFE AND TIMES OF HANK GREENBERG. He and his 3 sisters all speak only Yiddish with their children, giving his parents 16 fluent-Yiddish- speaking grandchildren.