The Keeper of the Flame: Rachel Auerbach and Holocaust Witnessing

The Keeper of the Flame: Rachel Auerbach and Holocaust Witnessing 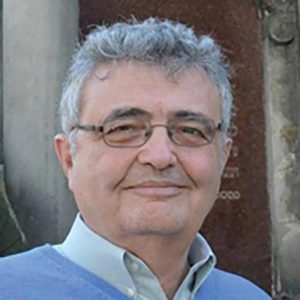 As only one of three survivors of Emanuel Ringelblum’s Oyneg Shabes archive in the Warsaw Ghetto, Rachel Auerbach dedicated the rest of her life to preserving Ringelblum’s memory and defending the vital importance of survivor testimony. She was especially well suited for this role because of her remarkable talent as an observer of the Jewish everyday both before the war and in the Warsaw Ghetto. Auerbach straddled many cultural and regional boundaries. She was equally fluent in Polish and Yiddish. After the war she moved to Israel where she played a major role at Yad Vashem where for many years she headed the Division of Survivor Testimony.

Samuel Kassow is the Charles H. Northam Professor of History at Trinity College, and is recognized as one of the world’s leading scholars on the Holocaust and the Jews of Poland. Kassow was born in 1946 in a DP-camp in Stuttgart, Germany and grew up speaking Yiddish. Kassow attended the London School of Economics and Princeton University where he earned a PhD in 1976 with a study about students and professors in Tsarist Russia. He is widely known for his 2007 book, Who Will Write Our History? Emanuel Ringelblum, the Warsaw Ghetto, and the Oyneg Shabes Archive (Indiana University Press). He was elected a Fellow of the American Academy for Jewish Research, has won numerous awards, and has lectured widely.