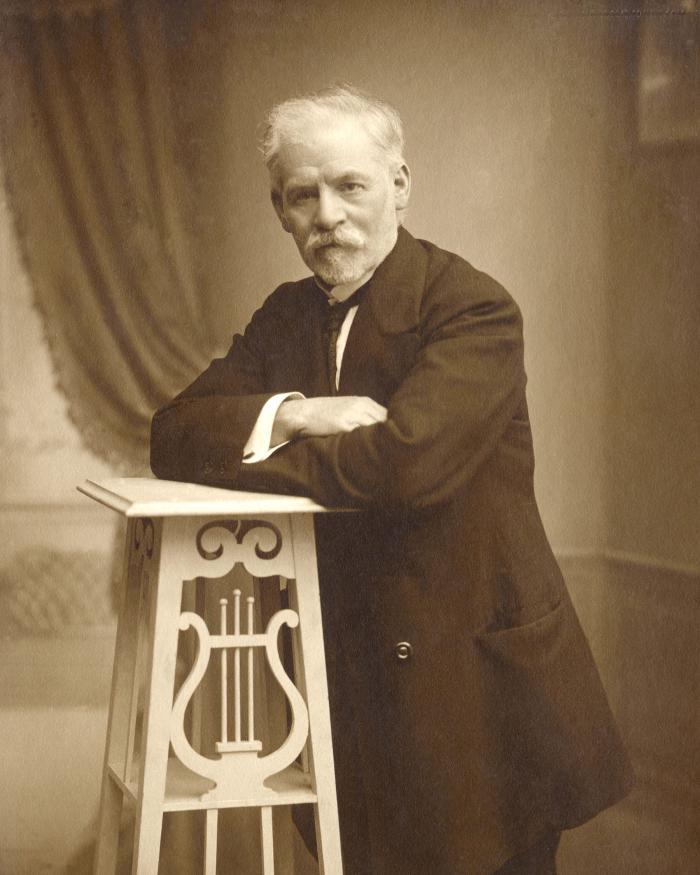 The 19th-century author Jacob Dinezon is credited with writing the first bestselling novel in Yiddish. His heartrending works vividly portrayed the difficult issues confronting Jewish communities in the Russian Empire: arranged marriages, rigid gender roles, corporal punishment in childhood education, and assimilation. His poignant and realistic depictions of the effects of modernity on traditional Jewish life elicited copious tears from his devoted readers.

Yet, as popular as Dinezon was during his lifetime, by the turn of the 21st century, he was essentially forgotten. None of his major works had been translated into English. That changed in 2003, when Scott Hilton Davis, who was teaching teenagers in a religious-school classroom, rediscovered this once-beloved Yiddish author. Today, readers and researchers have many opportunities to encounter Dinezon’s significant contributions to Jewish literature.

In this image-filled presentation commemorating the 100th anniversary of Jacob Dinezon’s passing, Davis, an Emmy Award-winning filmmaker, author, and publisher, will share his 16-year journey to uncover the facts about Jacob Dinezon’s life and literary career and his ongoing efforts to restore this revered Jewish author to his rightful place in Yiddish literature.