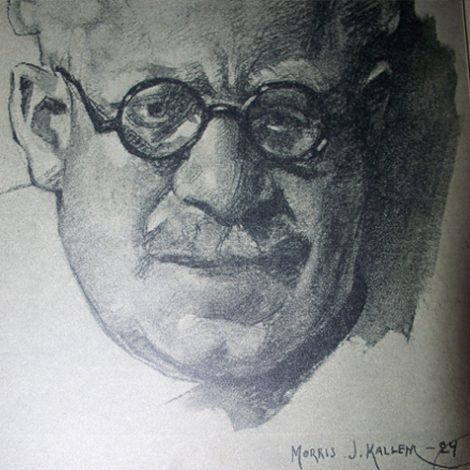 Born near Lodz, Poland in 1889, the son of a poor khazn (cantor), Gelbart started writing music for a theatre group he toured with between 1909 and 1911 before immigrating to the United States in 1912. There he continued his theatrical and compositional activities, eventually also teaching singing, first at the Workmen’s Circle in New York. Mikhl Gelbart died of bone cancer in 1962 and is still remembered by many of his students with great affection. He left a huge body of work that includes six oratorios, fifteen operettas, eight orchestral pieces, and settings of the works of some one hundred and twenty poets. He also published some twenty books of Yiddish songs. Gelbart’s music is of a deeply folk-rooted nature and thus was often assumed to be traditional folk music of anonymous origin.

The Golden Peacock: The Voice of the Yiddish Writer