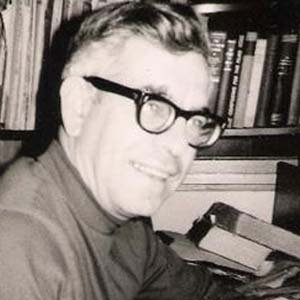 Amitai Neeman was one of Israel’s first song writers and well-known accordion players. He lived across the street from me in Tel Aviv until his death about two years ago. Some of you may have seen the tribute to Amitai on Ch. 1, hosted by Ehud Manor shortly before he passed away.

I asked Amitai if he would come over one evening to speak with a group of English speaking olim chadashim about the history of Israeli music. He put together a tape and delivered an awe-inspiring workshop. (He did another favor for me. He shot a video of me giving a tour of my apartment, to send to my elderly parents in the States.)

He was also a music planner for Radio One’s classical music program for many years.

Amitai once told me a story about how Israeli line dancing, the kind that snakes forward, evolved. He was asked to write music for Israel’s first and subsequent Independence Day parades — but he also had to instruct the choreographers to forget circle dancing and to keep everyone moving kadima (forward)!